The Plain of Jars

On the Xiangkhoang Plateau in the central region of Laos lies the Plain of Jars. Dating back to the Iron Ages and only explored archaeologically in the early twentieth century, the sites are considered some of the most significant prehistoric sites in Southeast Asia.

Riding a motorbike through the vacant fields of this quiet and relatively unexplored region fuels the imagination and evokes times of when one could walk among ruins untouched by relentless tourism and economic agenda. Standing amidst the ancient stone jars, quiet and sill among the trees conjures a feeling that time is an illusion, and whoever carved these stones still lingers nearby.

After a French archaeologist named Madeleine Colani first explored the various jars sites in the 1930s, it was thought that the jars were associated with ancient burial practices. In more recent explorations, Laos and Japanese archeological excavations support this theory, discovering human remains, burial goods and ceramics around the jars. It is not yet certain if the jars were used to distill bodies in preparation for burial, hold already cremated remains or perhaps signify unique traditions not yet discovered.

The various sites have as many as 400 jars, varying in width and height from one meter to three meters. All are made from limestone from nearby quarries and thought to be carved using iron chisels. Today, some have stood the test of time, seemingly unchanged though missing the lids that each is thought to have originally adorned (such lids can still be seen surrounding the sites). Others are being reclaimed by the surrounding landscape, broken apart by roots and ill-fitting containers for coniferous trees.

All three sites have something slightly special to offer, though Site One is the largest and most developed for tourists. Site One was also a key strategic location for the Vietnam/American war, seen from the bomb craters still scarring the landscape. Laos is actually the most bombed country in the world per capita, and the all the jar sites caution visitors to not venture off main paths for fear of UXOs (Unexploded Ordnances).

Site Two is scattered among old trees at the edge of a forest that has grown through and around the ancient vessels. The jars can also be seen on a nearby hill overlooking the surrounding plains. Site Three was similar in the remote and deserted location, lying at the end of an unofficial path through rice paddies and pastures, below shady trees and rolling hills in the distance.

Though Laos is becoming an increasingly popular part of the Southeast Asia tourist trail, the Plain of Jars still seems to be relatively unexplored and underdeveloped. Regardless of whether the site begins to attract the attention of other well known ruins, the jars that sit on the lonely plains will evoke reverence and wonder from all who are lucky enough to walk among them. 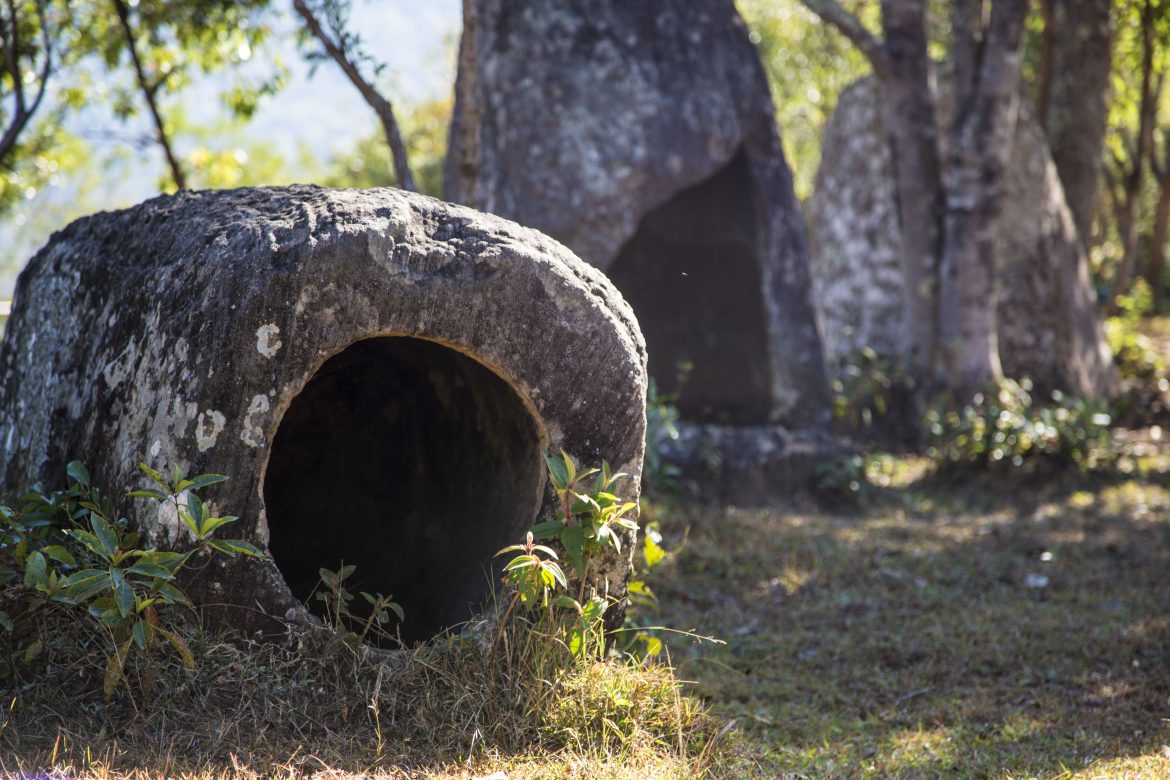 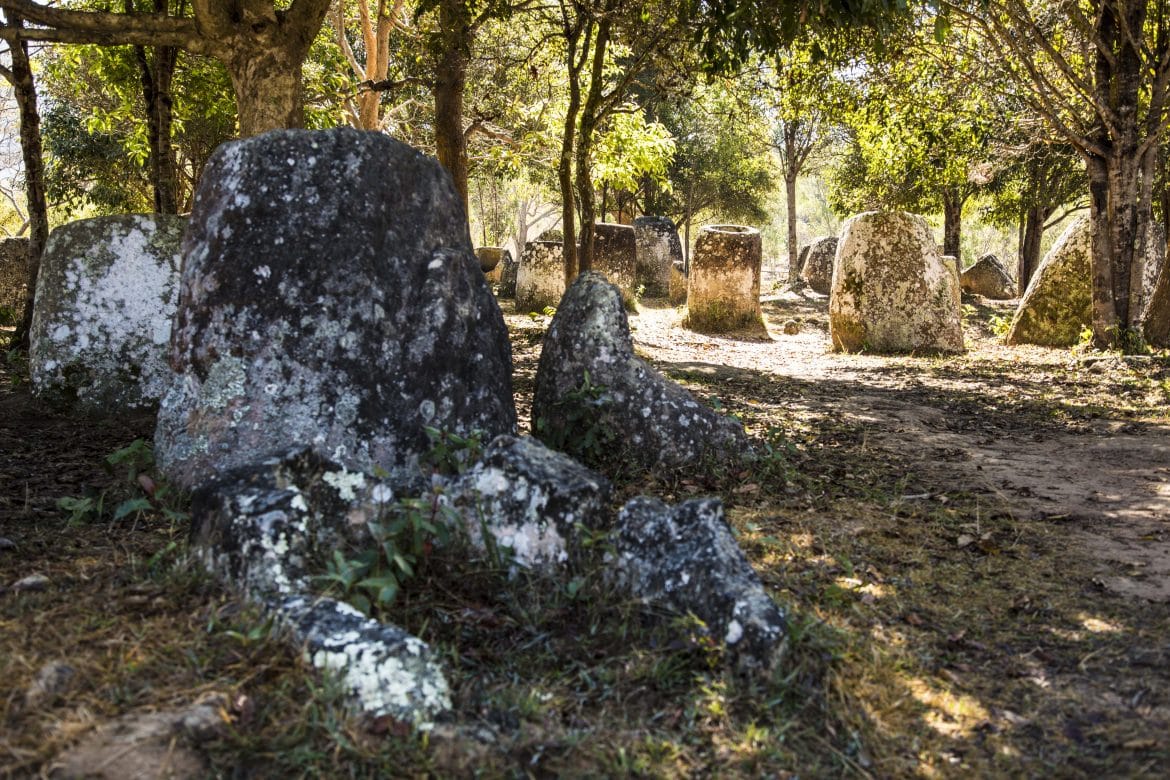 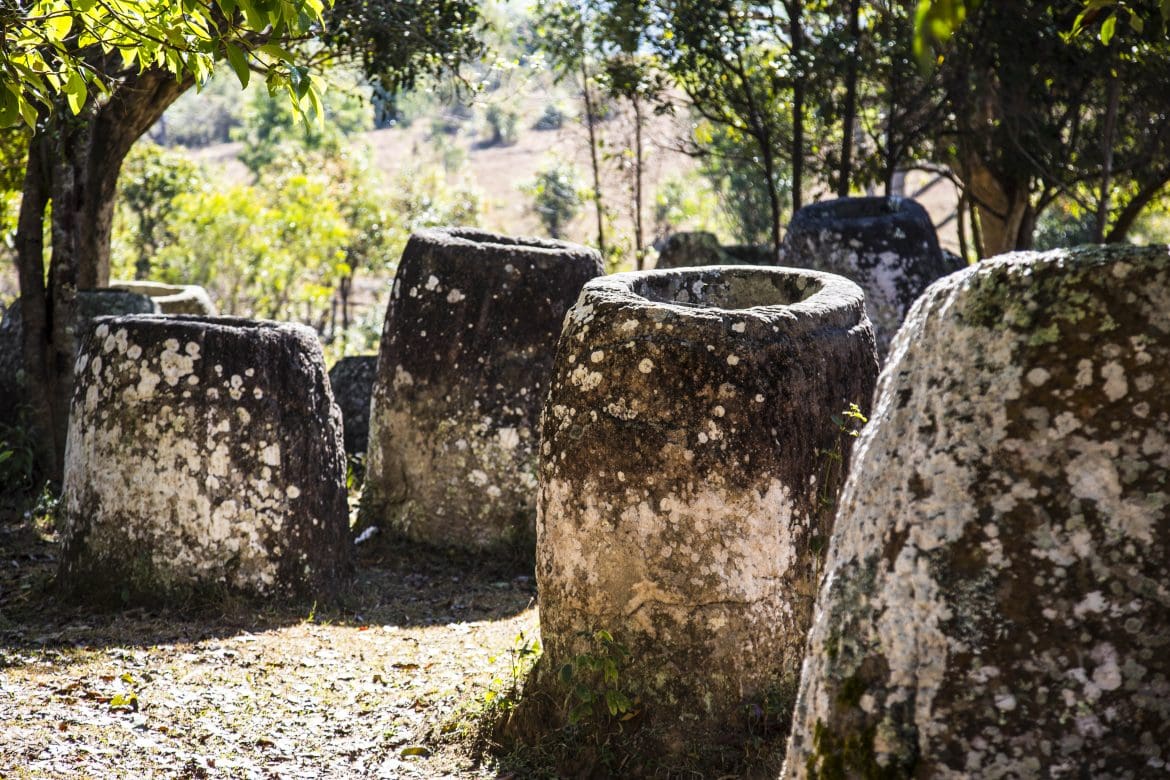 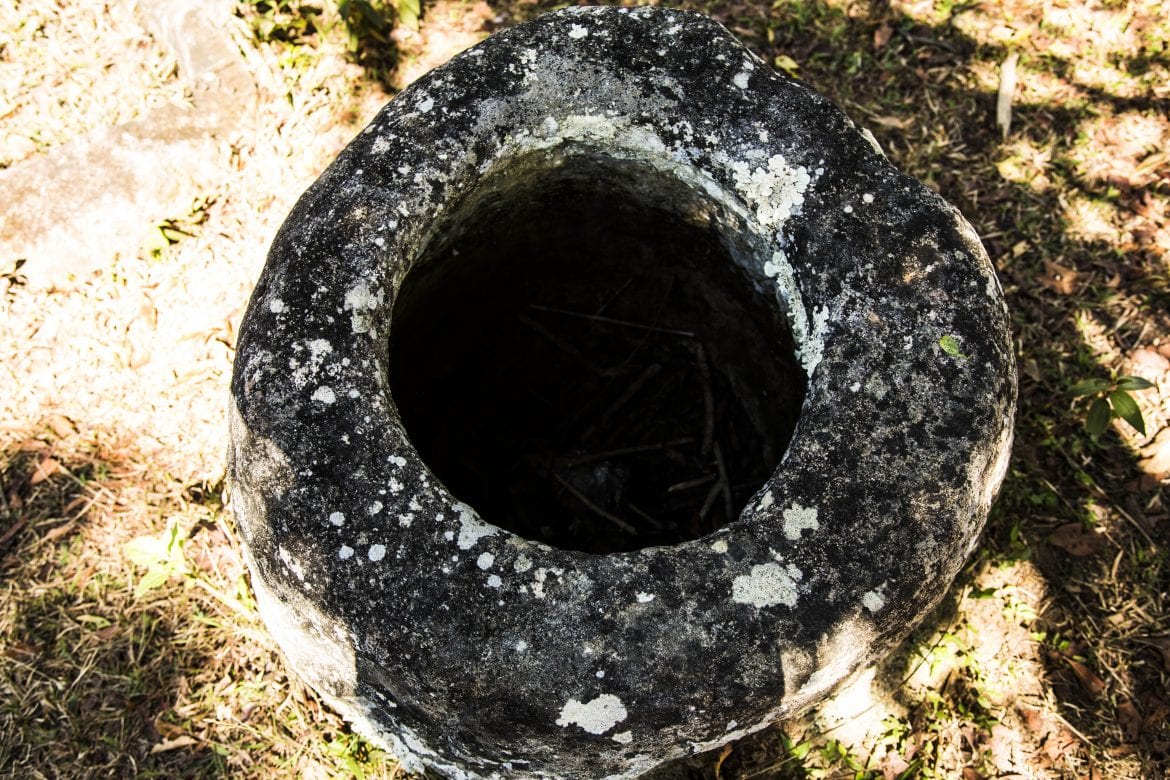 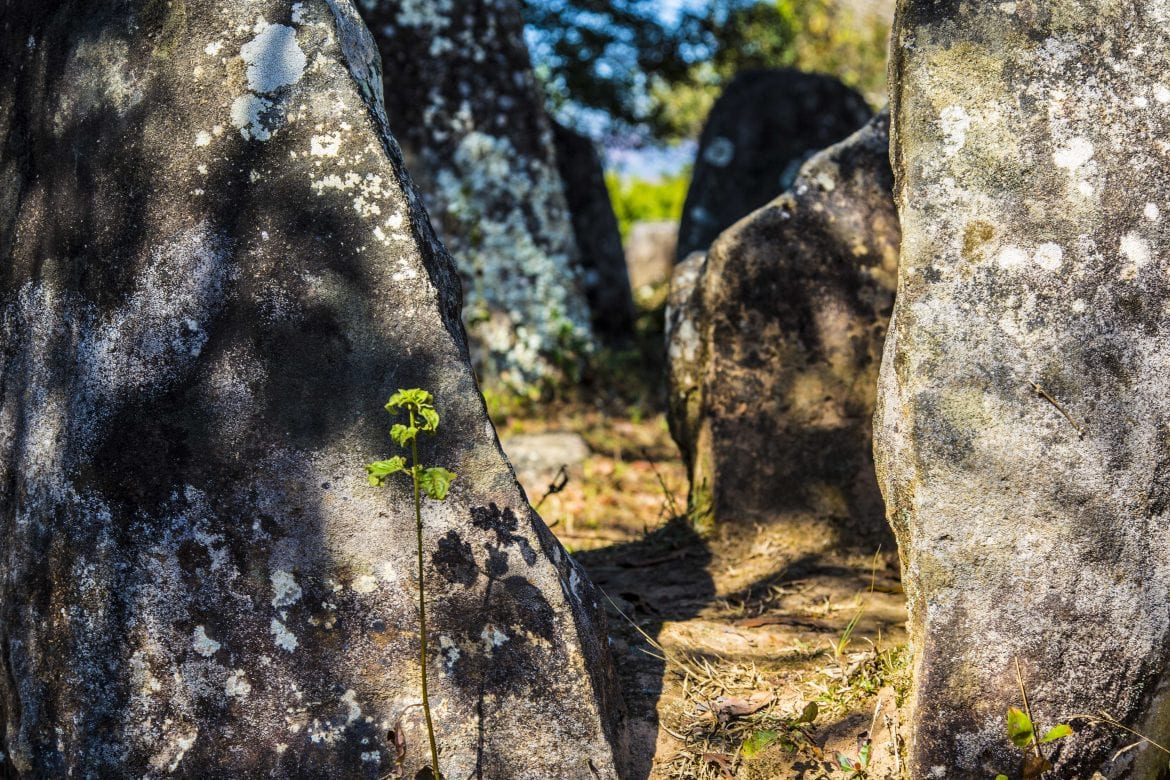 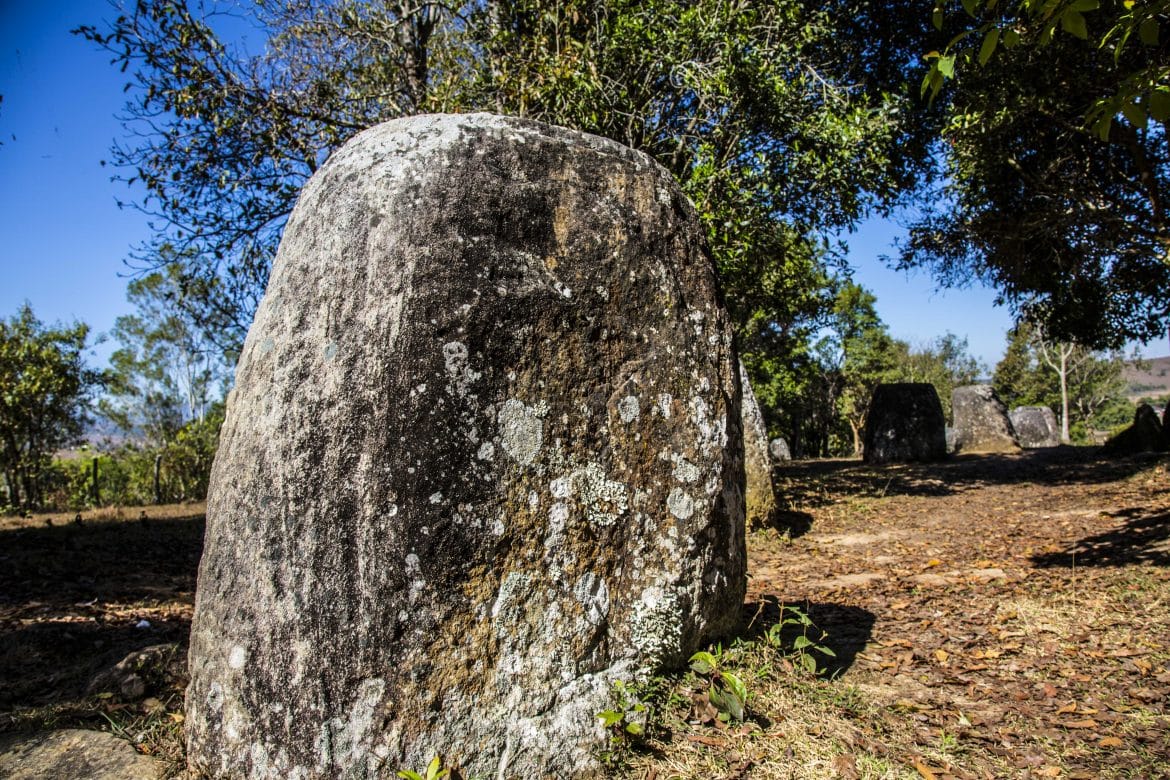 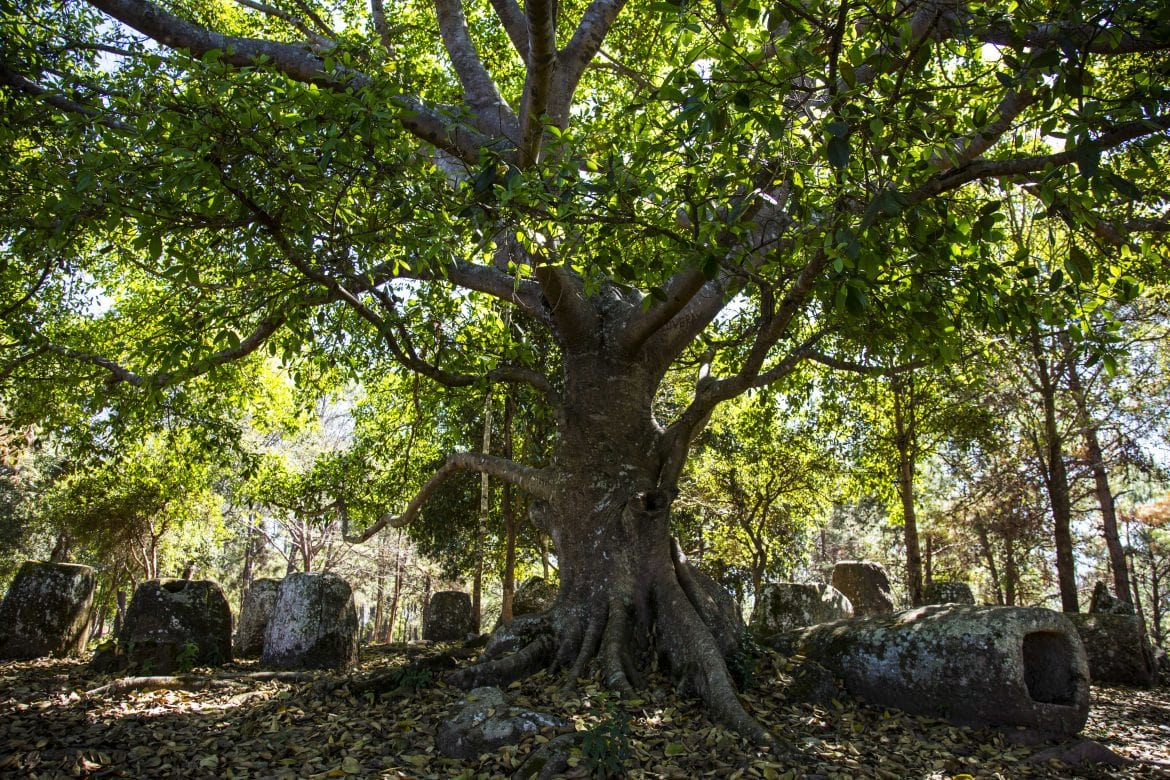 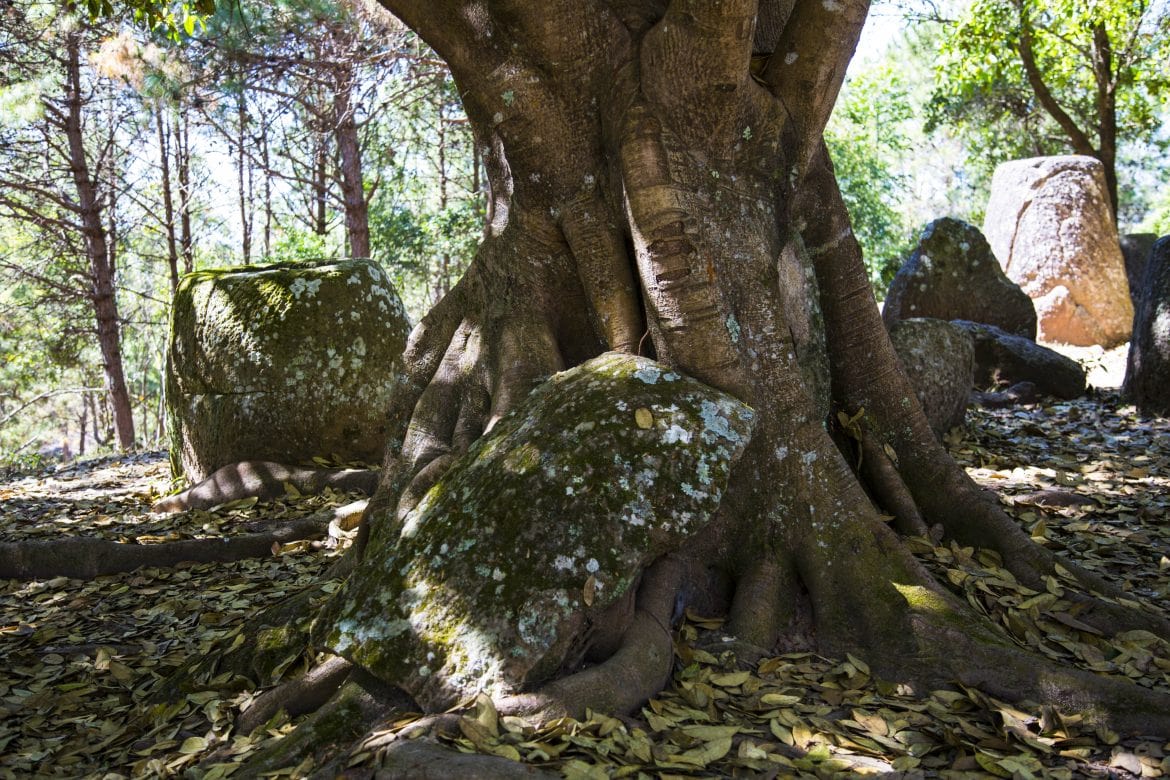 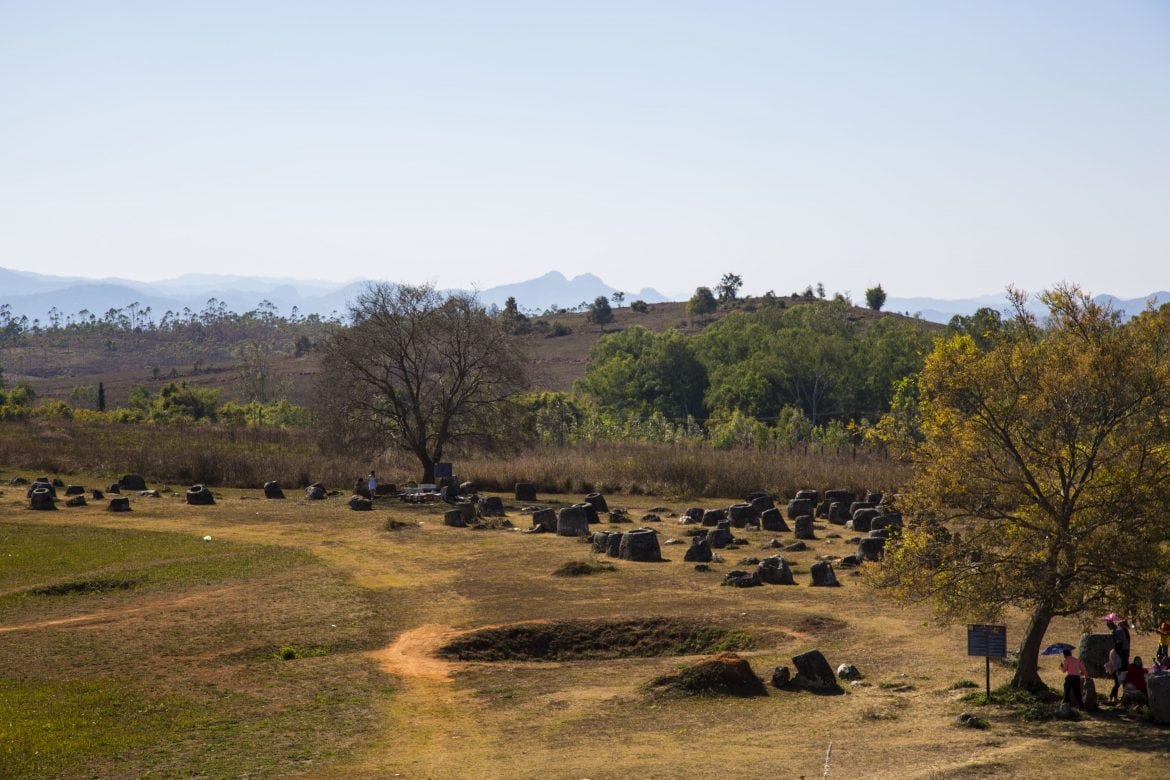 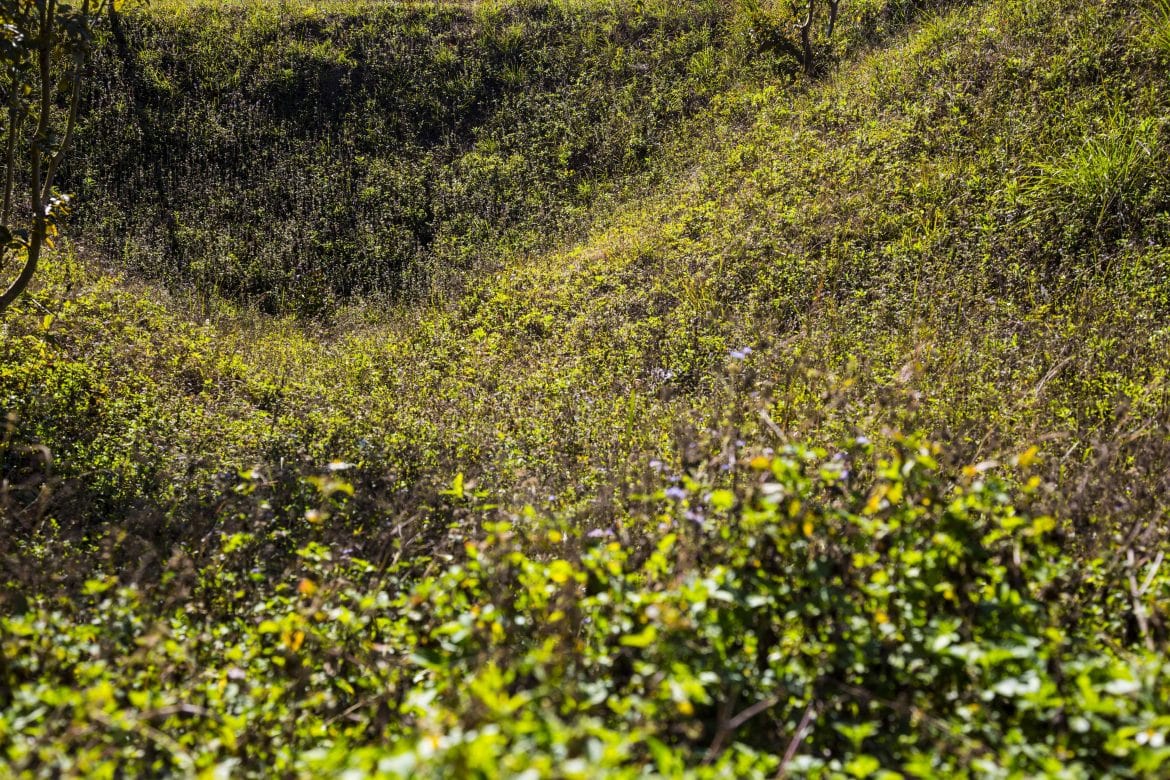 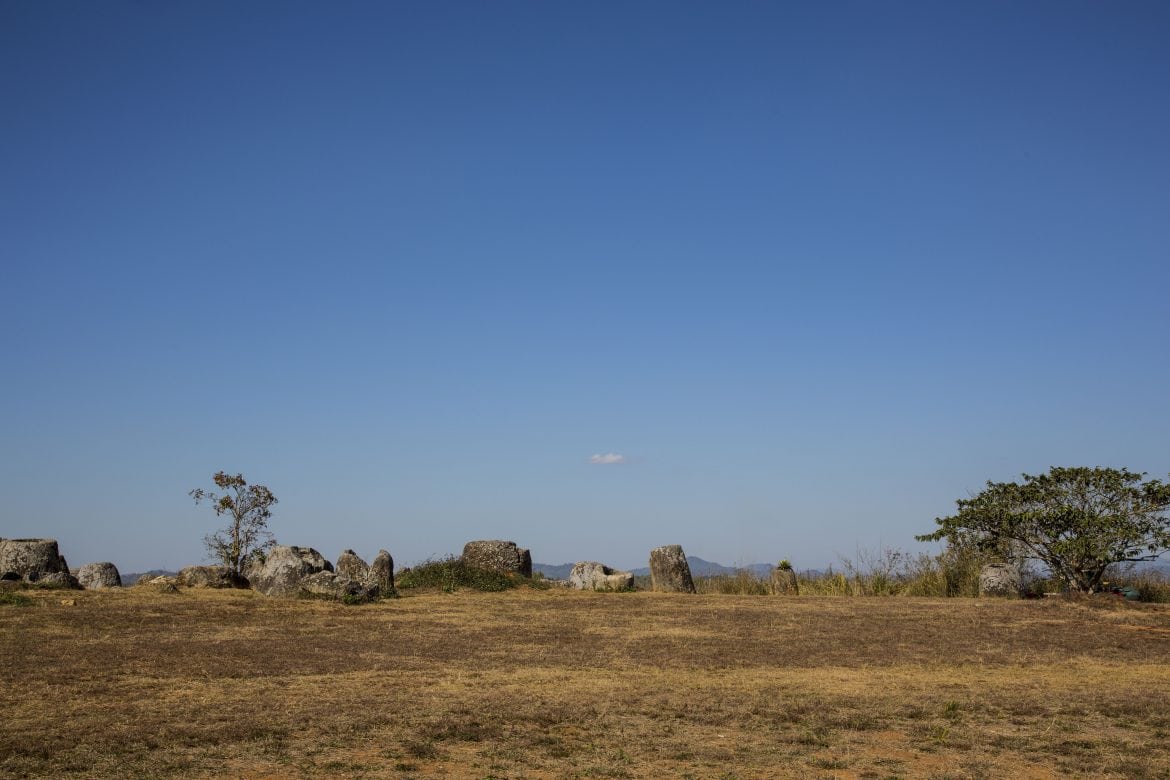 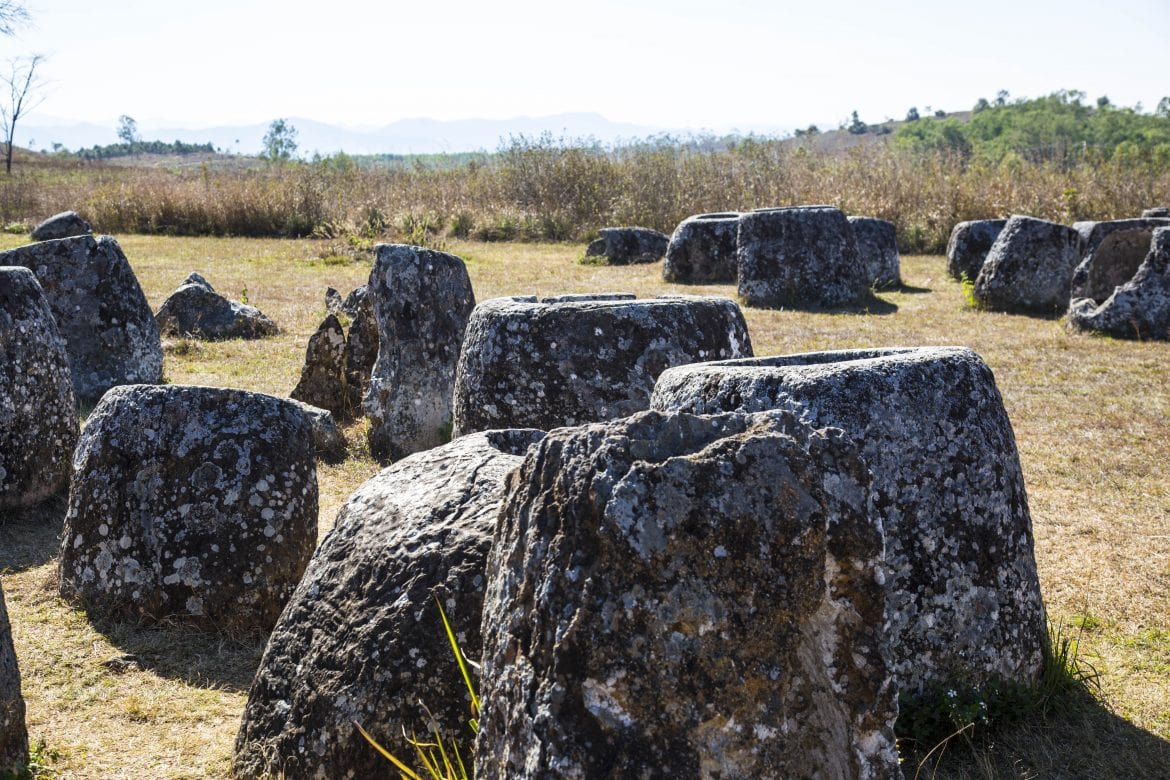