Andrea has worked with Mercy Ships Canada since early 2015 as a Media & Communications Specialist,  providing a wide range of communications and media production services. She is currently responsible all content curation and develops and manages a wide range of digital content, including a number of successful online campaigns and the monthly eNews. She also provides a wide range of multimedia development and management services such as social media, graphic design, blog and website content, video and other communications materials. The media seen on this page is a small sample of work designed, written and produced by Andrea throughout her time with Mercy Ships. 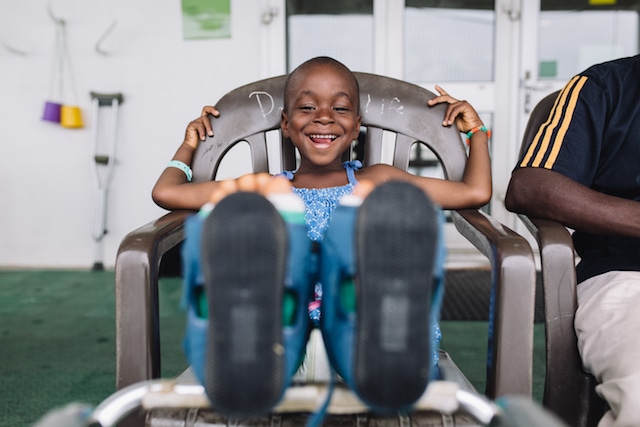 Mohammed is four years old and lives in Tombolia, Guinea. Living with his family in a small community has been challenging ever since he was one year old, when his mother and father first noticed that his legs were beginning to bend outward. Though Mohammed’s mother wanted to take him to see a doctor, Mohammed’s father refused – he believed his son’s condition was result of witchcraft, and that he was cursed.

Instead of seeking help, Mohammed’s parent’s kept him inside as much as possible, hiding him because of his condition. But by the time Mohammed was three, it became clear that his condition was getting drastically worse, and something must be done. His mother, Simone, finally brought him to a hospital, but they found no hope there; the cost to fix Mohammed’s leg was an impossible amount that the family couldn’t possibly afford.

Another year passed, and Mohammed continued to be kept inside most of the time, hiding in shame, and not attending school. When he did get outside and see other kids, Simone tells us he was often laughed at and pointed out as different.

Then, hope sailed into Guinea with the arrival of the Africa Mercy. Mohammed’s mother brought him to the Mercy Ships screening in Palais de Peuple, and thanks to dedicated partners, Mohammed was admitted for surgery!

Now, Mohammed has received life-changing treatment onboard the Africa Mercy. Thanks to Mercy Partners, he has also continued to receive additional physiotherapy and rehabilitation treatment to help him learn to walk and run properly on his new straight legs. Thanks to the faithful monthly support of Mercy Partners, Mercy Ships can offer children like Mohammed so much more than a free surgery – we can offer him the tools to step into a new life.

“Surgery has changed our life. He’s happier, I’m happier. He loves himself more. He’s more confidant now. He can really play now. Before, he would get tired and come back after 10 minutes because the other kids would laugh at him. Now, I have to go find him at the end of the day and bring him back home because he’s so happy to be outside playing. I want him to go back to school and become a footballer.” 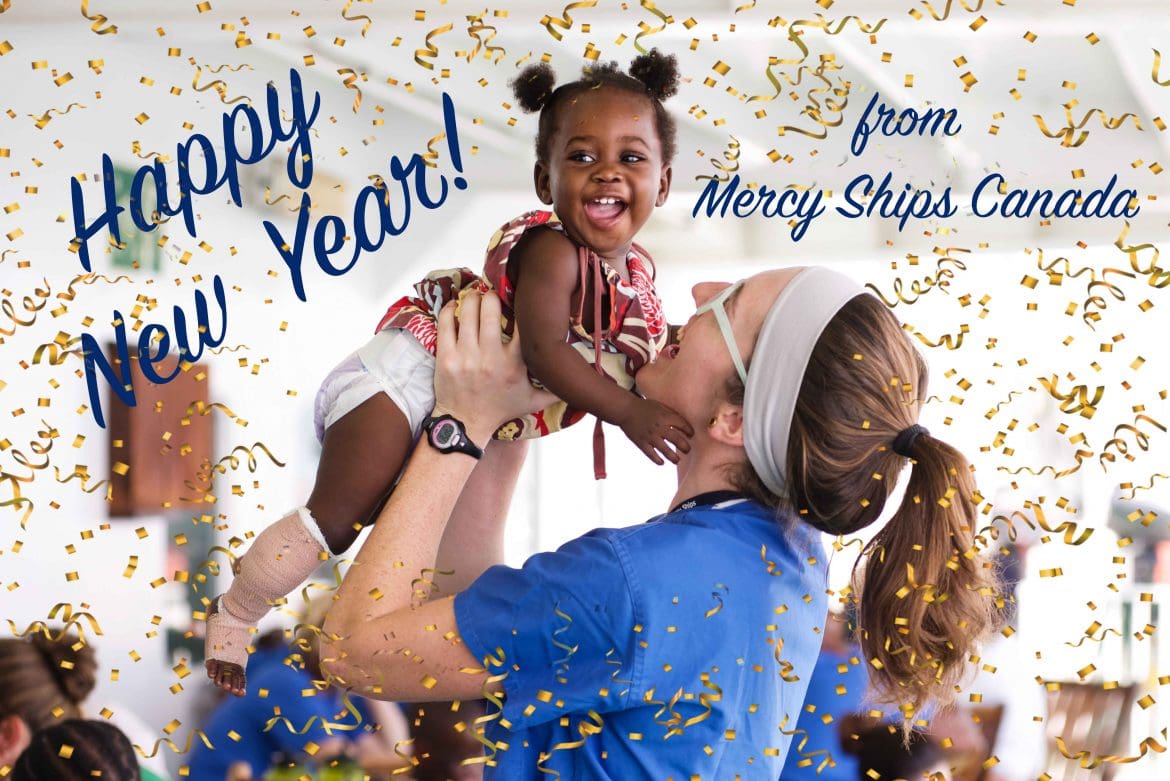 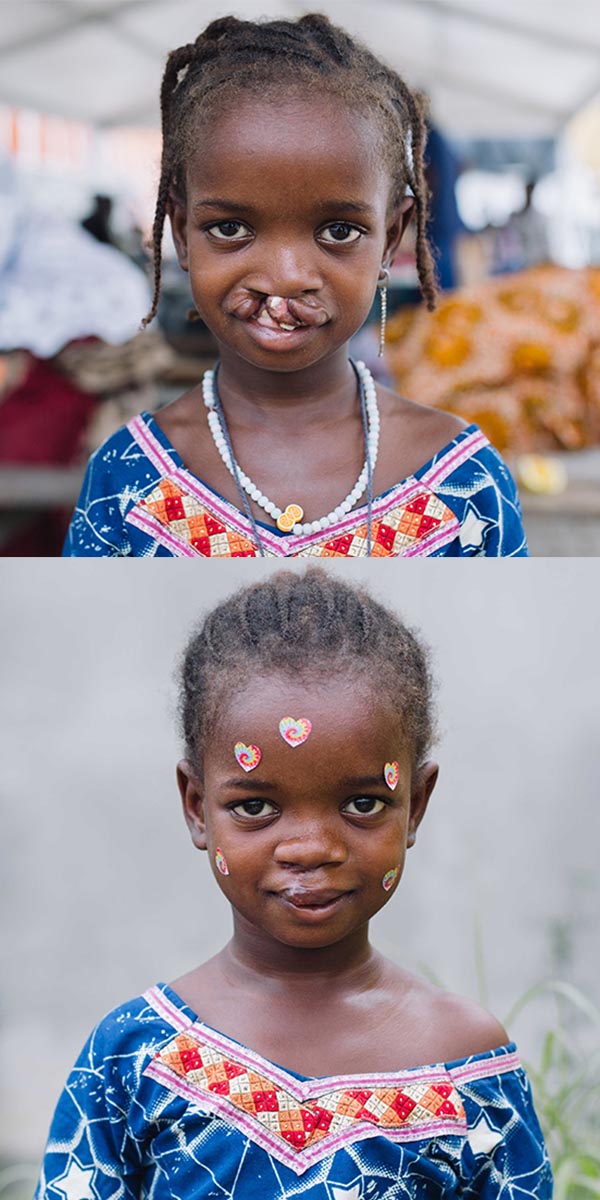 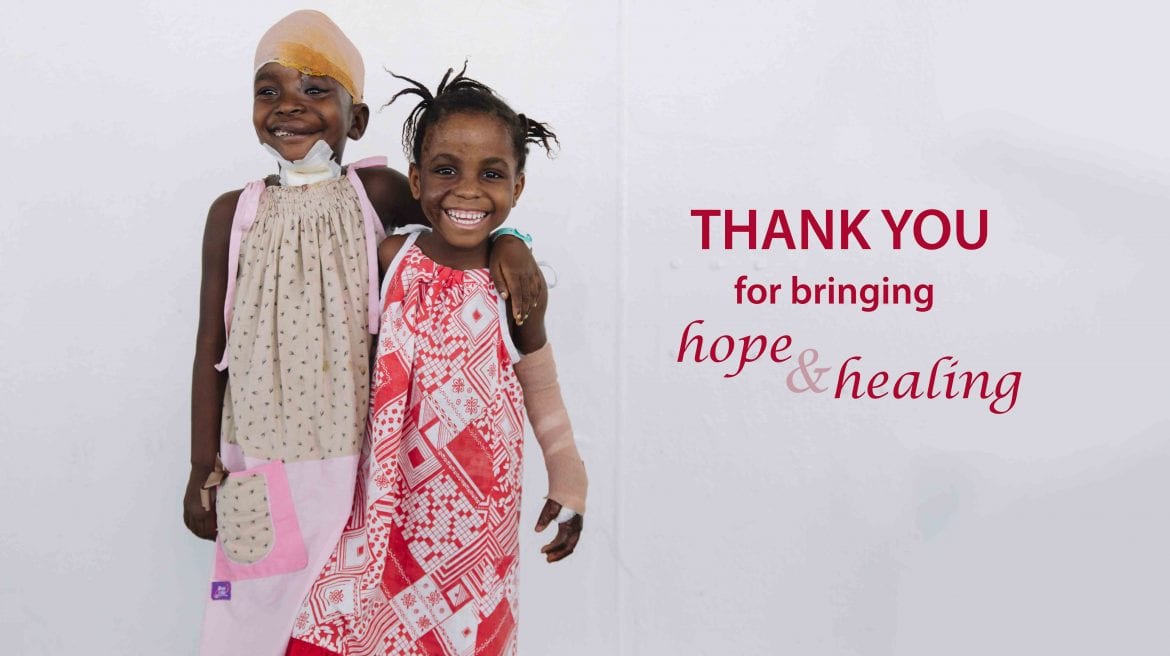 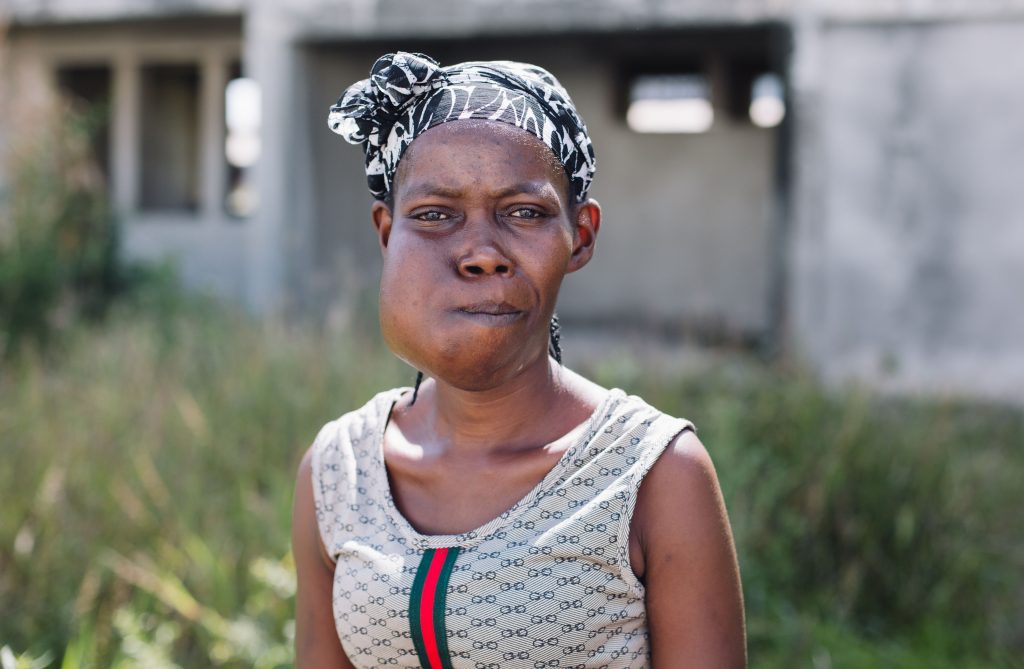 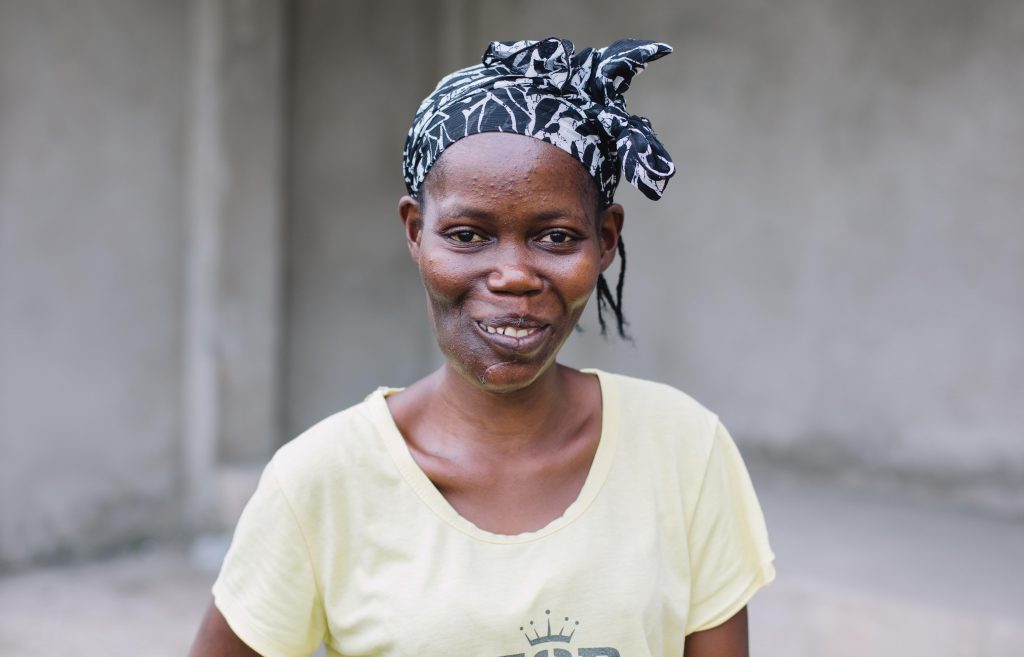 A SHP WITH HER NAME ON IT

When Mercy first heard about a big white ship that offered free surgeries to those in need, she knew it had her name written all over it – literally.

We met Mercy at our screening in Guinea, so thoroughly exhausted from traveling over 400 km from Liberia that she required urgent medical assistance when she arrived. After she was stabilized and was able to see the screening team, the first thing our volunteers noticed about this quiet 25 year old was the large tumour growing out of her face. The second thing was the sadness behind her eyes.

Mercy has lived a tragic life so far. She lost both her parents when she was young; her mother died giving birth to her. Later in life, Mercy lost both her children to a devastating illness. She fell into a deep depression, and was taken in by a family she met at her local church who helped care for her, though she still felt like an outcast. When her pastor heard that Mercy Ships was coming to nearby Guinea, he was determined to help Mercy get help for the tumour that had been growing on Mercy’s face for the past three years. He contacted a friend in the city, and sent Mercy on the journey.

In rural areas of developing nations, accessing medical care is difficult and expensive. Often conditions that would be treated in early stages in developed nations are left untreated, leading to sometimes life-threatening complications. Tumours like Mercy’s generally start as small lumps in the mouth or neck, and continue to grow without medical intervention. With no money and no medical treatment available, Mercy’s tumour overtook her face, and her life.

Thankfully, Mercy made it to the Africa Mercy and was able to see our screening team. She left the screening tent singing with a surgery date in her hand, smiling so big that the outside volunteers barely recognized her!

“I am so happy to be given a chance, I have been sad for too long”.

After coming to Mercy Ships deflated, defeated and hopeless, Mercy received her free surgery that removed her facial tumour and opened a world of possibilities.

“I would like to find a husband now and maybe one day I will have children. That is possible now that I know I will not die. I am so thankful to Mercy Ships because now I can start again.”

Mercy now has a new life to start, thanks to amazing partners at Mercy Ships that gave her the physical, emotional and spiritual support she needed. Thank you to everyone that has given to the Guinea field service so far and helped bring hope and healing to patients like Mercy. 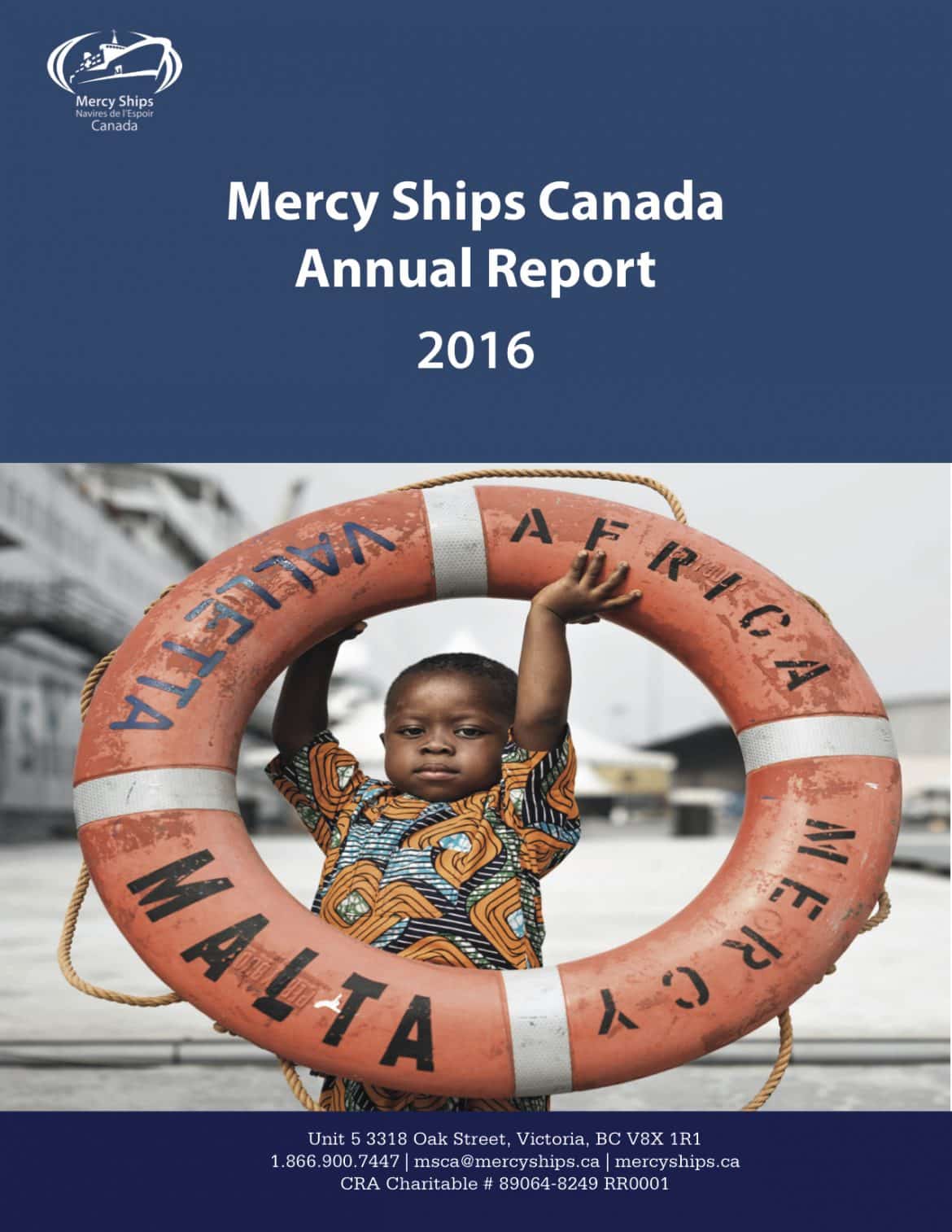 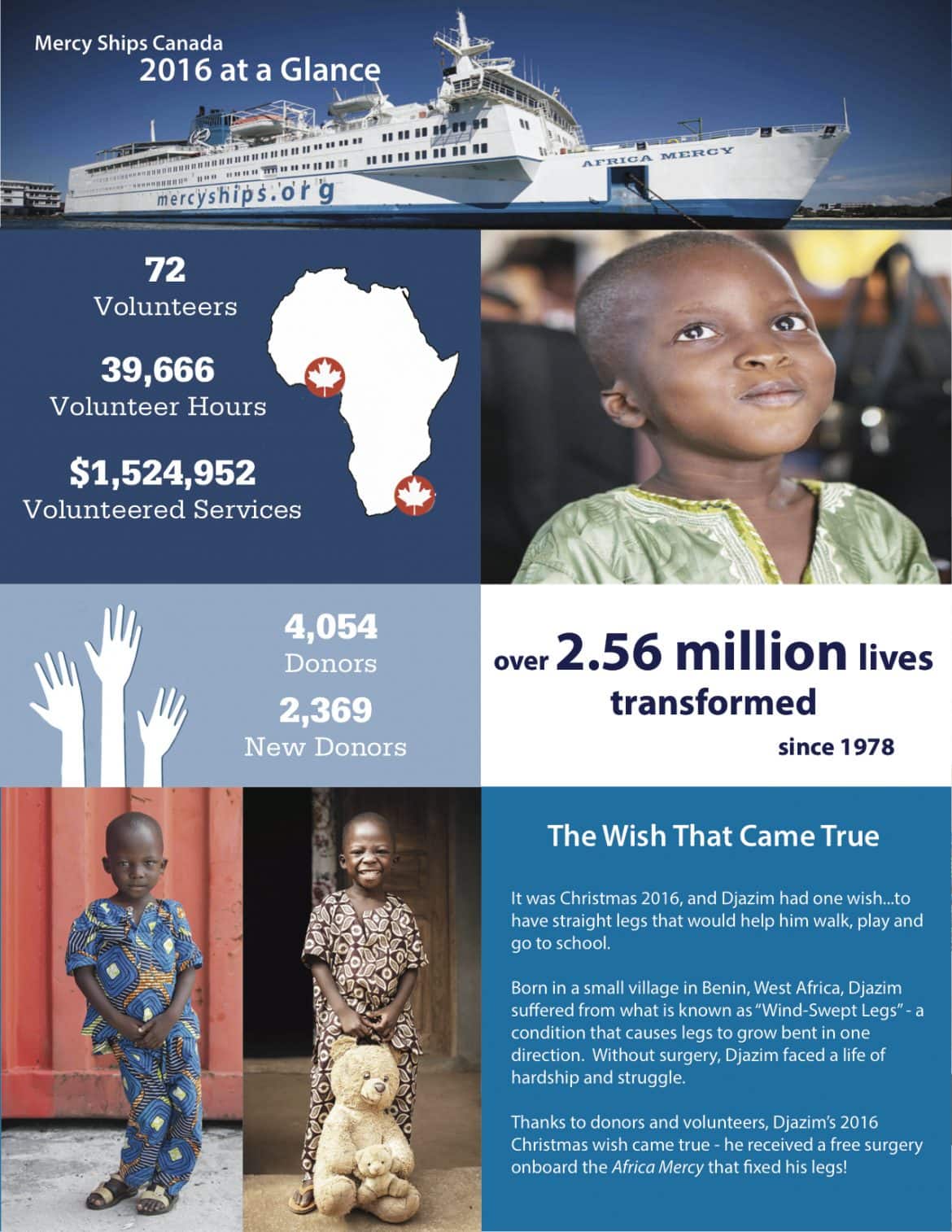 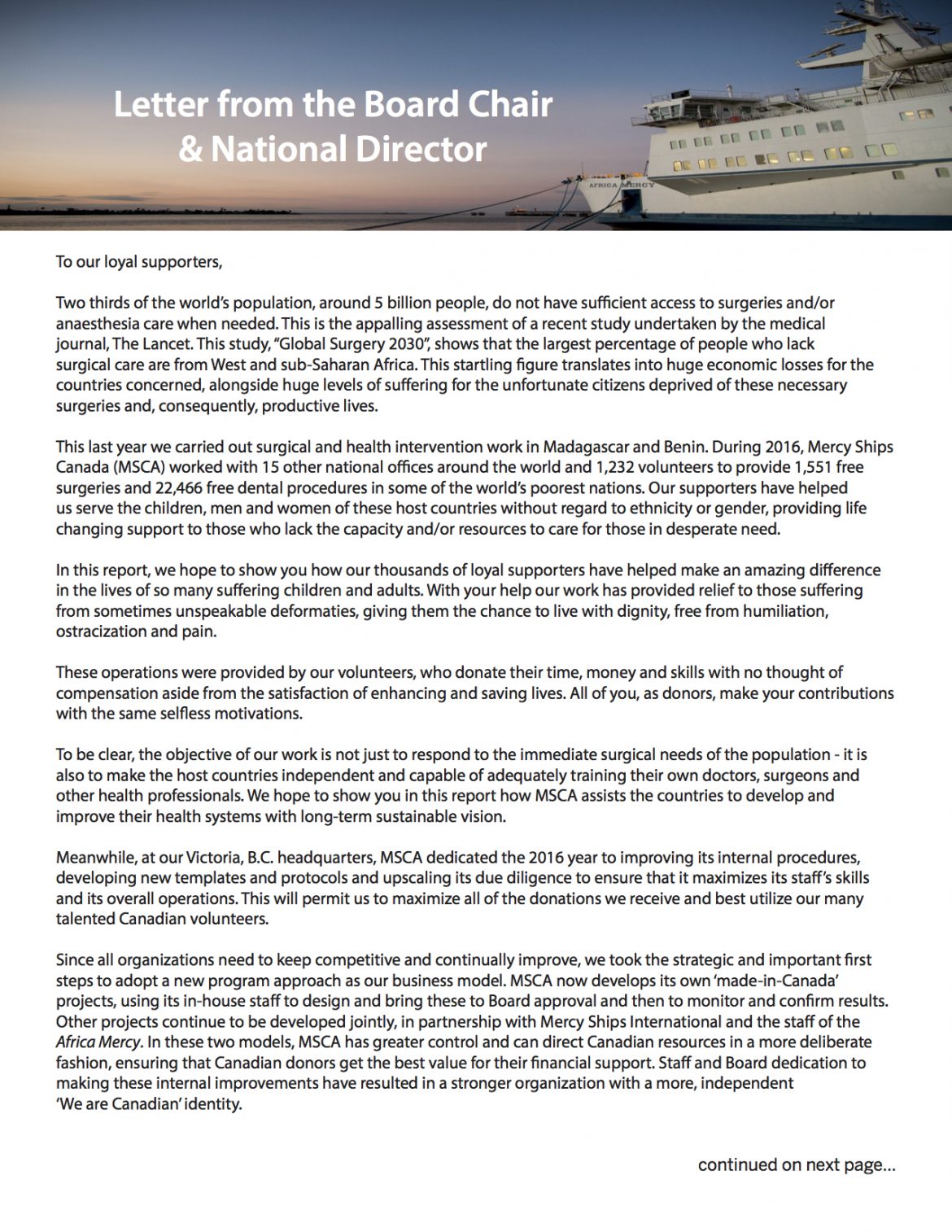 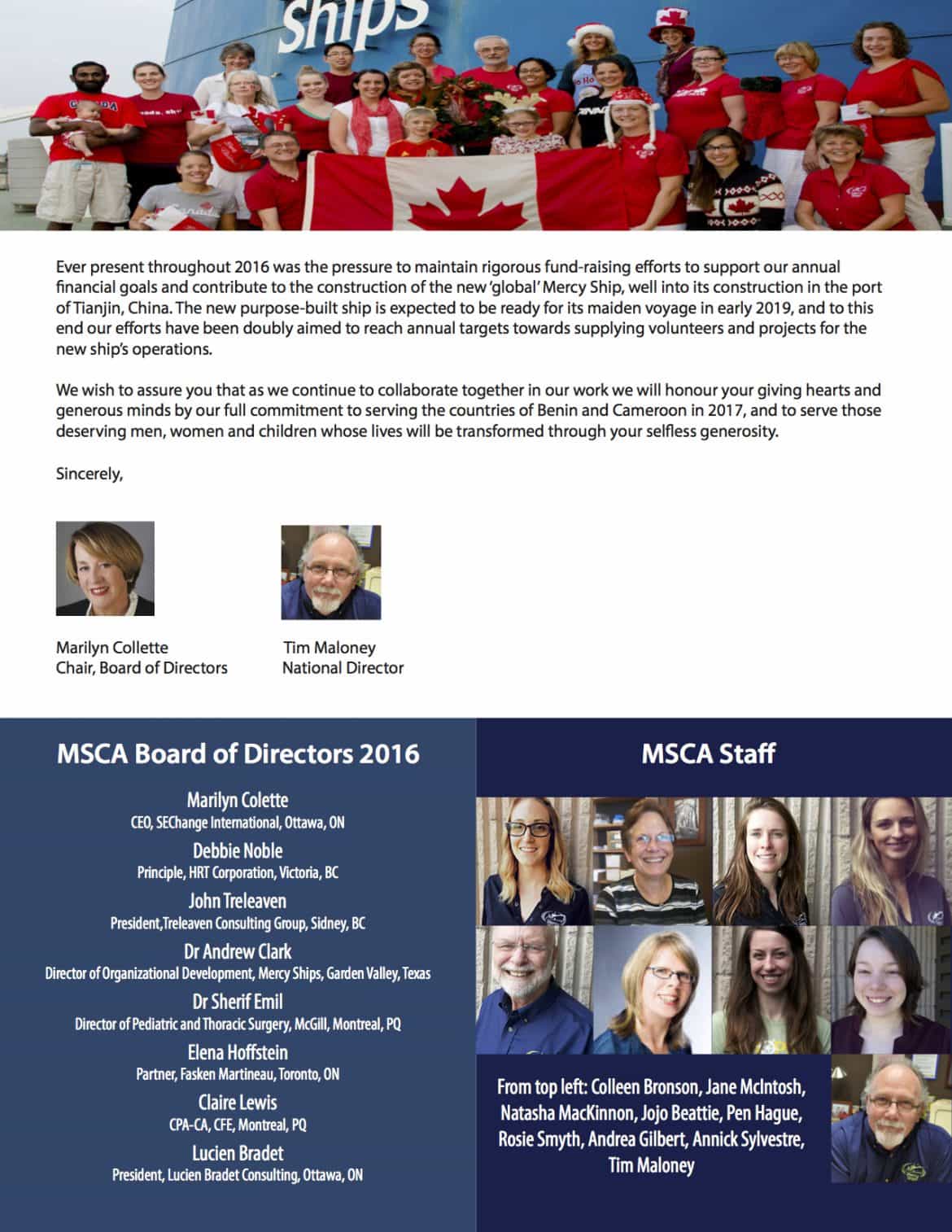 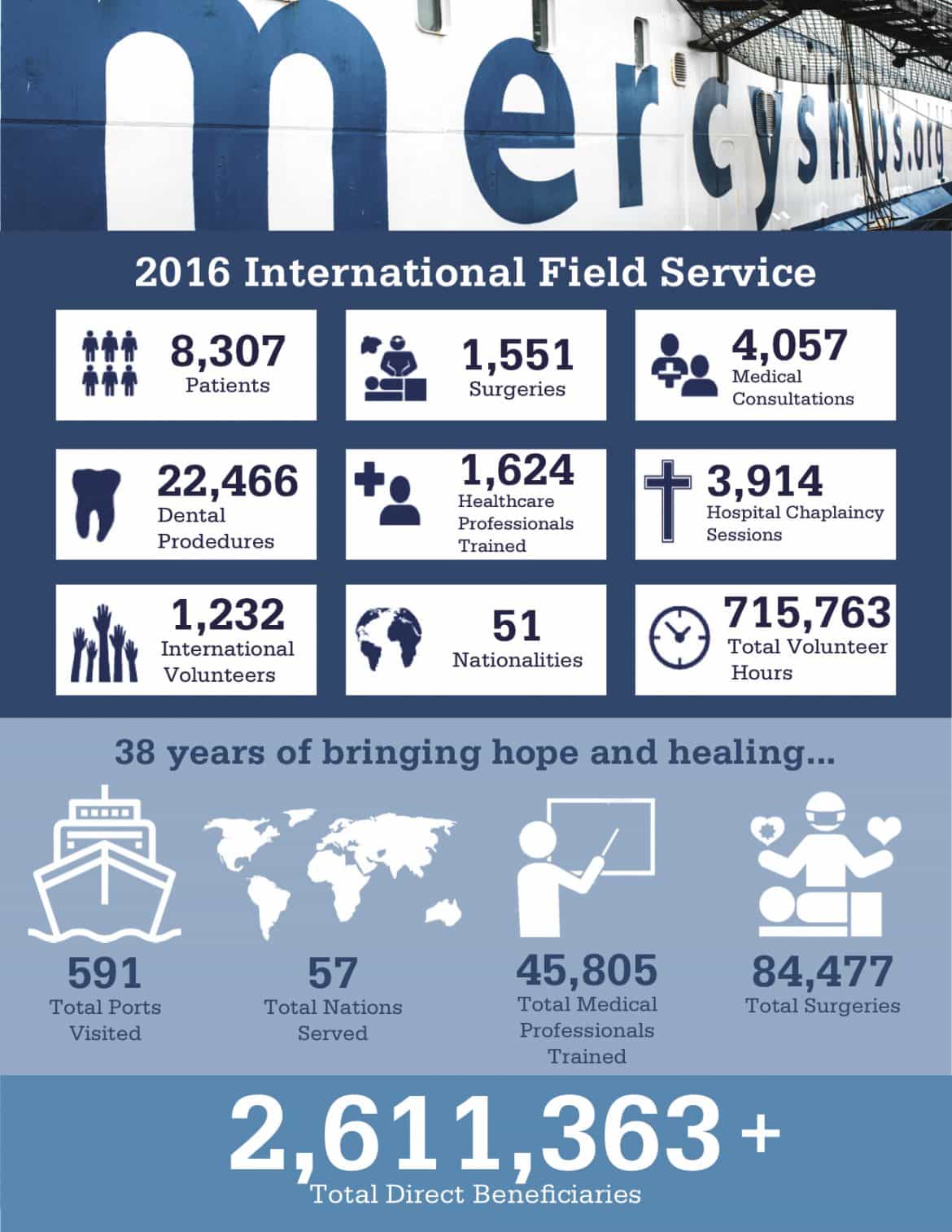 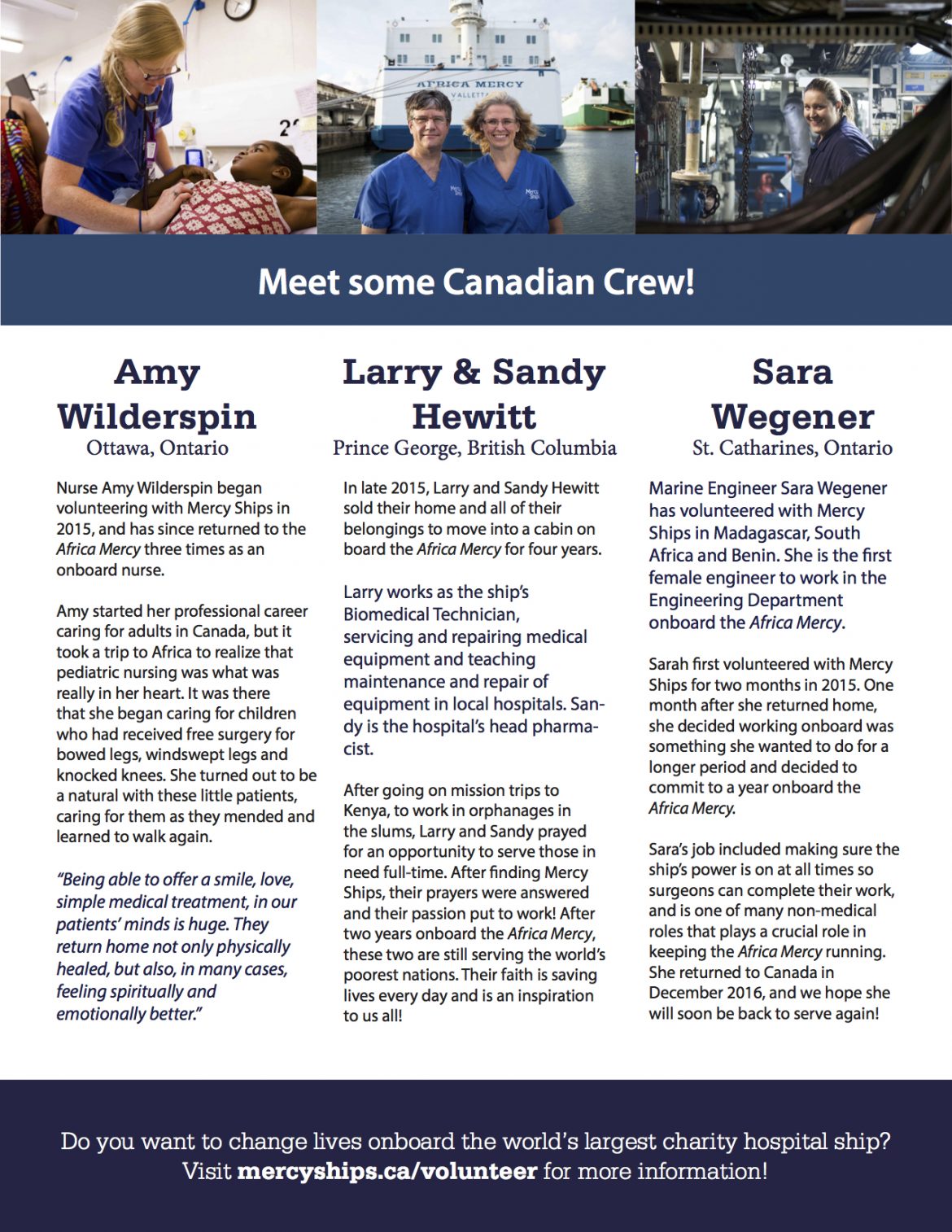 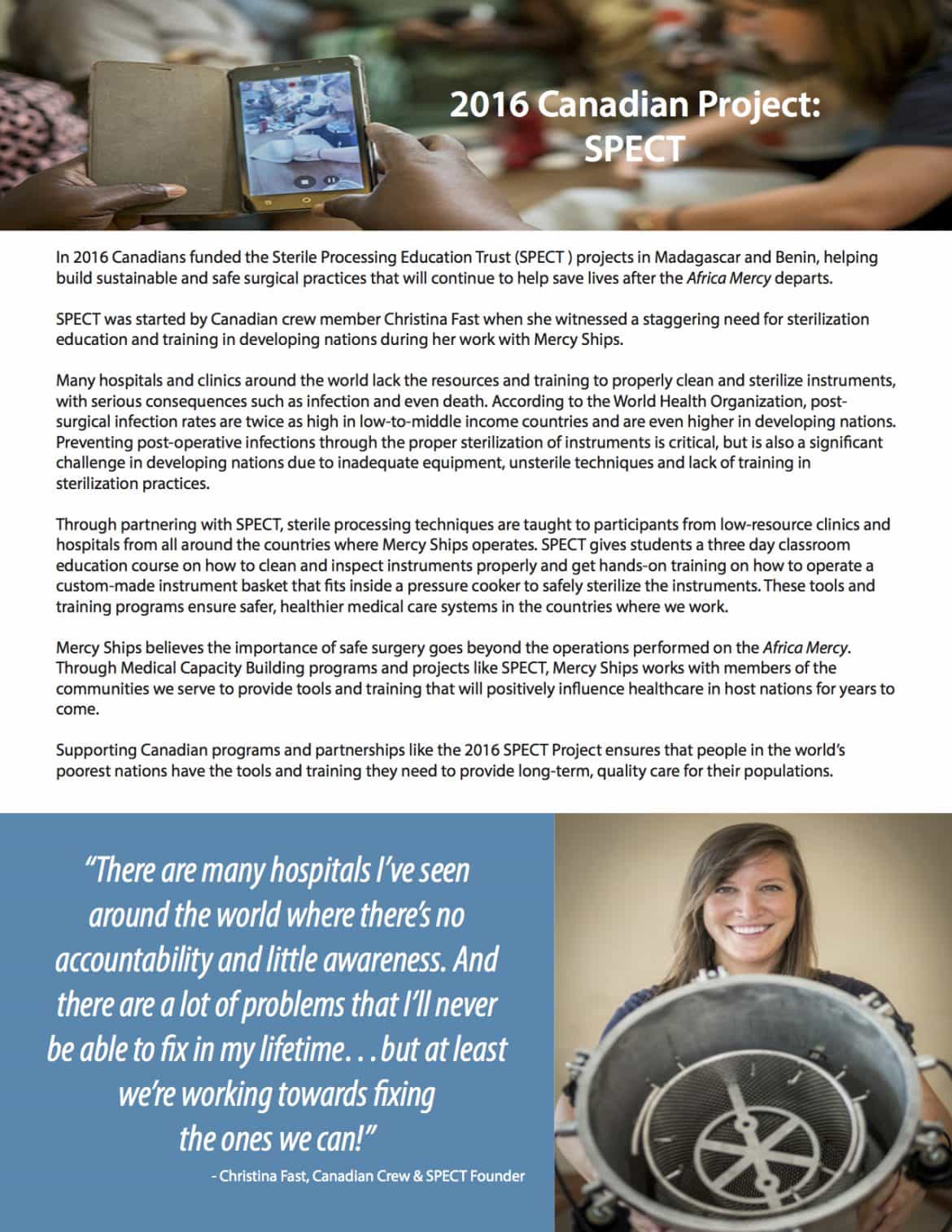 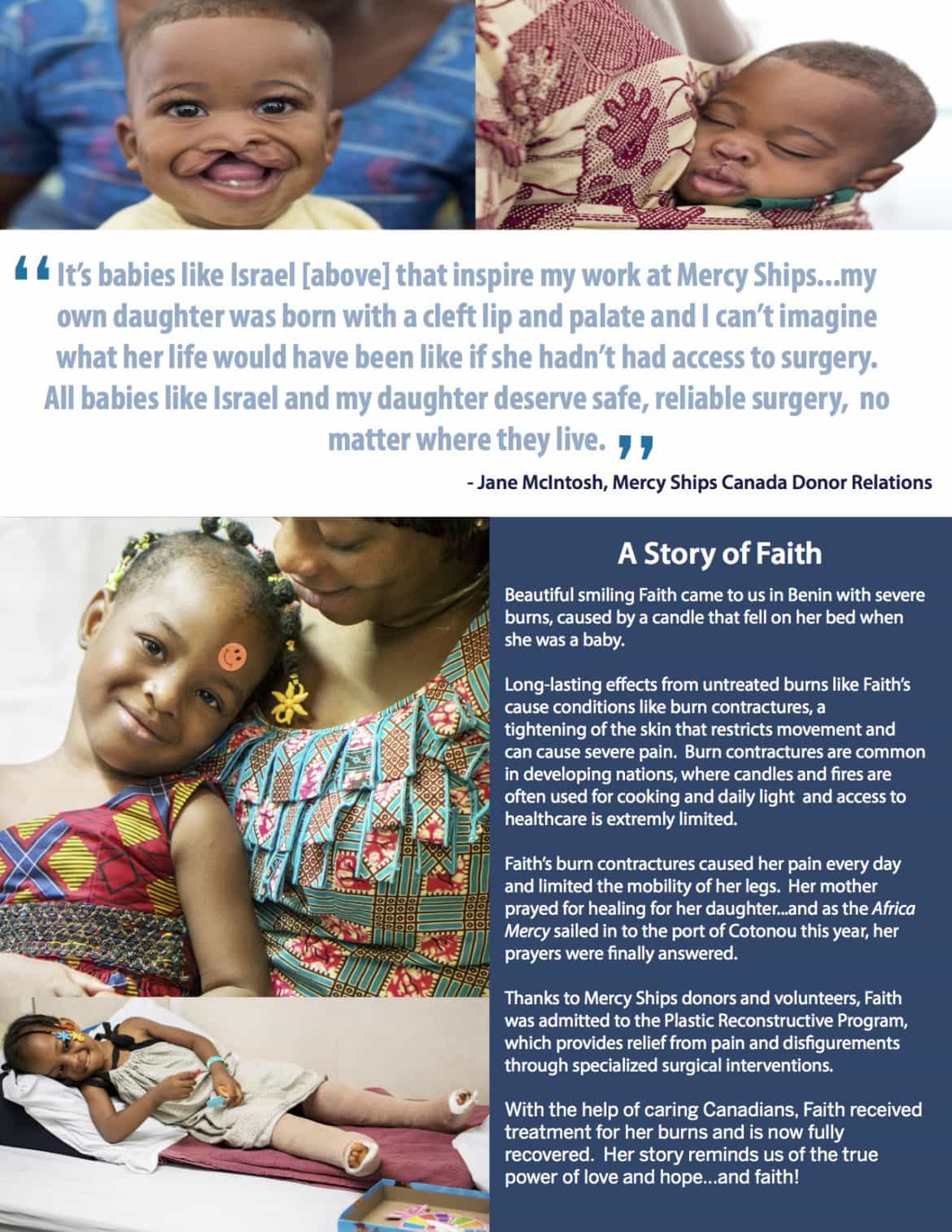 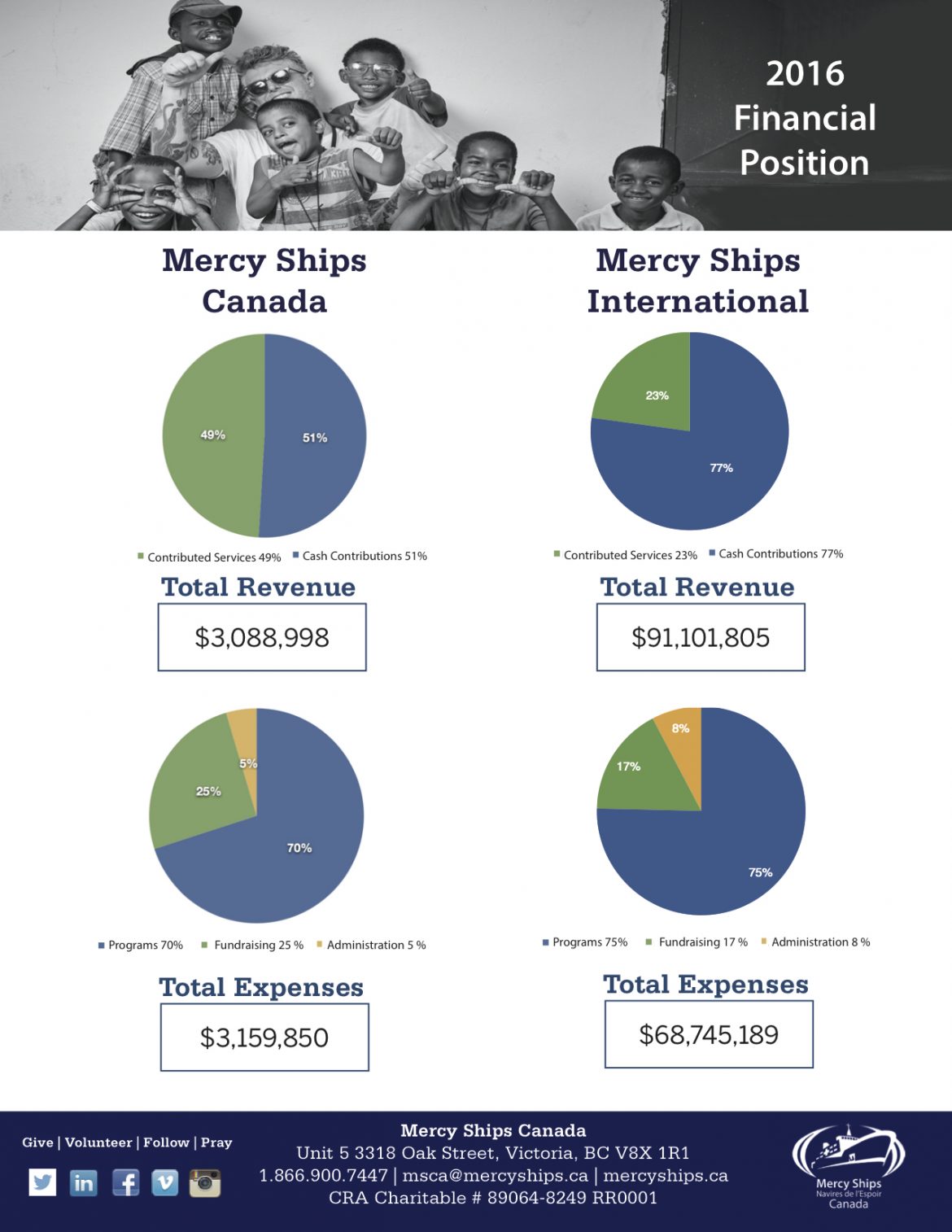